If you’re looking to become a web designer or computer science specialist, the next stop after you complete your training is the interview room for your first job in the field. Computer science careers offer lots of interesting work and nice salaries, but you have to make it through the hiring manager to get those rewards. Preparing for the sorts of computer science interview questions you’re likely to get during your job hunt gives you the ammo to ace your meetings and blow the competition out of the water.

This guide is here to set you up for a lifetime of career success. Your coding bootcamp or college studies were a challenge, and we’re ready to see you through the next big hurdle. Our article gets you familiar with a few of the most common interview questions you’ll run across as you hit the pavement and start looking for a place to hang up your new shingle and start getting to work. It’s by no means a comprehensive list, but these questions and some study give you a core of confidence and help to carry you through your interviews and into a new job.

Plan on getting a lot of knowledge questions during your interview. It’s possible that you’ll also sit for a separate interview that focuses on soft skills, but knowledge-based questions are a good way for hiring managers to weed out the posers in a hurry and winnow down the field. One of the more common knowledge questions you might encounter deals with multiple inheritance—what is it?

The long and short of it is that multiple inheritance deals with classes. With multiple inheritance, subclasses aren’t necessarily derived from just a single superclass. That’s both a good and bad thing, as it allows classes to inherit multiple base functionalities. On the other hand, when you have two identically named methods from different base classes, the situation can get a bit muddled.

What are Classes and Superclasses?

You probably thought that coding was hard to learn when you first began your studies, but as time went on and you divided your learning tasks into subtasks and sub-subtasks, the work became manageable and even enjoyable. Keep that example in mind when you get an interview question asking you to explain classes in Java. It’s a question you’re very likely to see, and it’s a great way to separate the wheat from the chaff.

Is There a Difference Between C++ and C?

Even folks with a casual interest in programming have heard of the C family of software development languages. C and its various iterations have a long and venerable history in programming that dates back to the early 1970s, and that makes it a prime candidate for knowledge questions. Expect to get asked about how C++ and C, two of the more well-known flavors, differ from each other.

There are plenty of answers you can give to this question, which gives you some latitude in your response. Both languages feature similar grammar, syntax, and code structure, to begin with, and they have the same general approach toward heap, stack, static variables, and file scope. But the big difference between the two is that C++ is an object-oriented programming language, which makes it much more popular nowadays.

What are Your Favorite Programming Languages?

Personality and fit are more important than you might expect when you sit for a job interview. You might have an impeccable resumé and show yourself to be reliable and driven, but none of that does you much good if you and your prospective manager have different attitudes and preferences when it comes to software development lifecycle management? Plan to get queries about your likes and dislikes, including which programming languages you prefer.

Preferred development code questions get to the heart of the matter, since each shop works different languages. If you’re interested in landing the position, do some research and find out what programming languages they use. You might wind up being a great fit, and then your answer is sure to impress the hiring manager. If you and the team don’t see eye-to-eye on favorite languages, you’re probably not right for the job and might want to look elsewhere.

And that’s the whole deal, job hunters. Computer science jobs pop up all the time, offering top salaries and enjoyable work. Our guide gets you familiar with some of the questions most people encounter in CS interviews.

Do you have any questions or thoughts about interviews for CS jobs? Let us know in the comments section below. 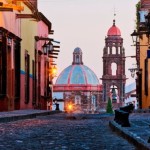 Getting A Career In Tech: Things To Keep In Mind

How to Become a Successful Web Developer in 2020